Discord.js is already geared to help you handle mentions using message.mentions. However, there are situations where using message.mentions can lead to a few problems, in which case you may want to parse them on your own.
For example, you cannot tell where the mention is located in the message's content, or if the same user/role/channel was mentioned more than once.

That means when you receive a message from the Discord API, and it contains mentions, the message's content will contain that special syntax.
If you send 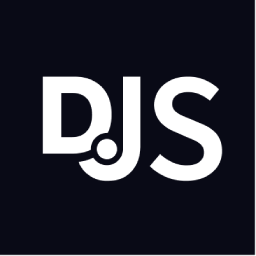 then the message.content for that message will look something like this

Instead of using message.mentions to find say, a user, you will have to do it manually, which requires a few simple steps.

Putting it into a function will make it easily reusable. We will use the name getUserFromMention here.

As you can see, it is a relatively straightforward function. It essentially just works itself through the structure of the mention bit by bit:

The .slice() method is used with a negative number. You can read MDN's documentationopen in new window for information on how that works.

Previously you learned how to use rudimentary string-related functions to turn the special mention syntax Discord uses into a proper discord.js User object. But using Regular Expressions (aka "RegEx" or "RegExp"), you can condense all that logic into a single line! Crazy, right?

Using the .match() method on strings, you can get the capture group's values, i.e., the mention's ID.

discord.js has built-in patternsopen in new window for matching mentions.

Updating your getUserFromMention function to use RegEx gives you this:

That is much shorter, and not all that complicated!